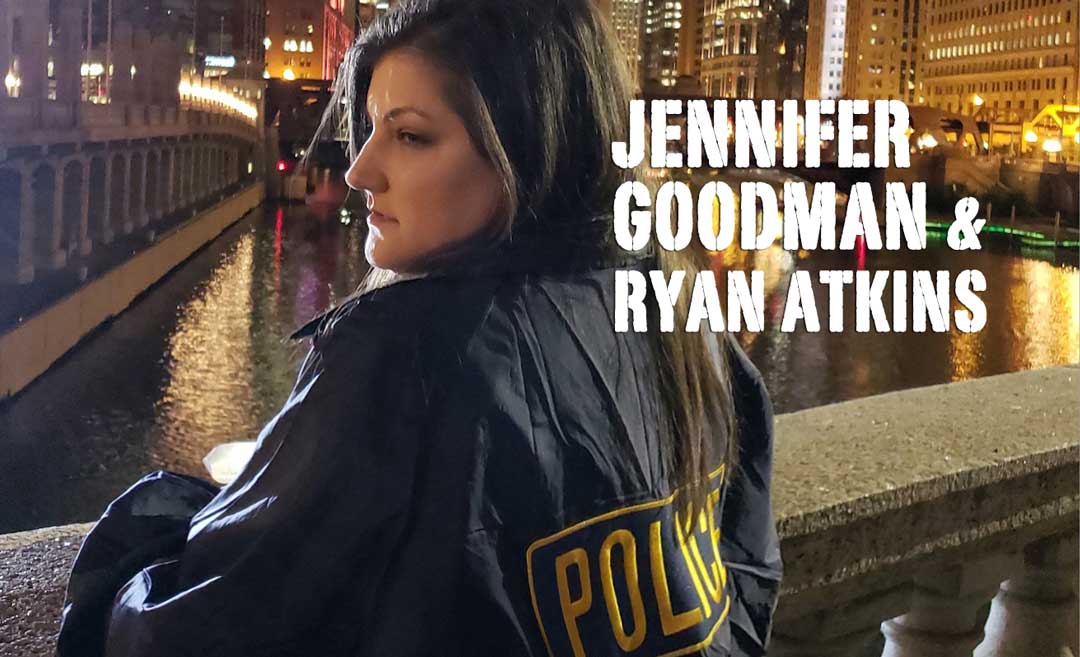 Jennifer Goodman Karum is shifting perceptions of people with disabilities in entertainment. Goodman, an autistic actress, writer, producer and creator, collaborated with Ryan Atkins, himself a producer and creator, to found Lakefront Pictures. This Chicago-based production studio aims to amplify unheard voices. In their work, diversity and disability are evident in the talent, both on the screen and behind the scenes.

ABILITY Magazine met with Goodman and Atkins to dive into Lake Front Pictures and their latest project, Conrad. Currently a pilot TV series, Conrad is a compelling crime drama that features Goodman as an autistic female detective battling corruption and human trafficking. Goodman’s character is based on her own experiences as a strong, driven autistic woman. Goodman and Atkins described how it all came together.

ABILITY: Could you tell us about your experience growing up with autism and how your family shaped that experience?

Jennifer Goodman: I was diagnosed with autism as a child and genuinely was pretty much misguided by my family’s interpretation that I would never make it in society. I’ve come a really long way from where I started. I’ve had a lot of trials and tribulations and I’ve overcome a lot of it through just getting up again and really believing that I will make something happen. I think I’ve really kind of had a knack for believing that good things will come to those who build it. But just with my mother’s chutzpah and my grandfather’s chutzpah-as far as I like to say. I think  it comes from my father, who is an entrepreneur, and he is absolutely determined for success. But it hasn’t been easy for me.

ABILITY: What does your father do?

Goodman: My father is a real estate developer. He started his business forty years ago.

ABILITY: And your grandfather?

Goodman: In terms of my chutzpah from my grandfather, he was a radio host for many, many years after he came back from World War II. He was also a professor at the University of Wisconsin and so was my uncle. They love to talk and they love to help people. And I think that that’s where I get that energy that I seem to always have.

ABILITY: How has your background led you to be where you are today?

Goodman: I’ve been performing my whole life, but one of the things that I really kept to myself was the fact that I am on the spectrum, especially because it was so taboo. I have anxiety because of my inability to understand people and that there are certain ways they do things. Sometimes, I push boundaries in ways that can be a bit surprising to people I’ll ask something, and they think, “Wow, she’s really bold to ask that.” But I always feel like it’s better to ask than to not ask and never know if it’s a yes or no. Something that I’ve worked really hard on is trying to improve my skills through therapy and by building relationships and struggling in them. Having a lot of people give me feedback is really what’s helped me become who I am. I’ve had a lot of things happen in my life that I’ve had to find ways to overcome.

I was very lucky that I had the opportunity to get involved in a project with Ryan. Ryan is also very determined and believes in helping the underdog. I was able to audition for something he was producing and after I was cast, I offered to write and expand the script that I loved about a female interrogating a male suspect. I liked the women empowerment aspect because it really kind of resonated with me, as someone who has never really had a voice and has been made fun of for her voice. And so, I was determined to bring something to life.

I come from a background of sales so I have a lot of connections in the sales world, and I have a lot of actor friends, while Ryan has a big crew background. Then, we were able to build what Conrad is today: a full blown forty-four minute pilot with the three seasons, a show bible, and a three season episode arc breakdown (story line). What we have has impressed networks and studios. We also have a full production with Harry Lennix and Eric Roberts, who joined our project and said they would do it again in a heartbeat because of how they felt about the project and the way that they were treated. The family dynamics of our team were so strong, that I would do this over and over again.

I feel very blessed that I was able to work with such incredible, talented, gifted people who had the patience and understanding to help me learn what most people learn in film school or most people learn in kindergarten of how things work. I’ve grown exponentially and I really am trying to get myself out there as an actress. Ryan and I, we started a production company called Lakefront Pictures, which our mission is we amplify unheard voices and tell untold stories that change narrow perspectives. And it’s just really important that we elevate people who don’t have a voice. We’re continually growing and creating content.

Netflix’s ‘The Healing Powers of Dude’ »