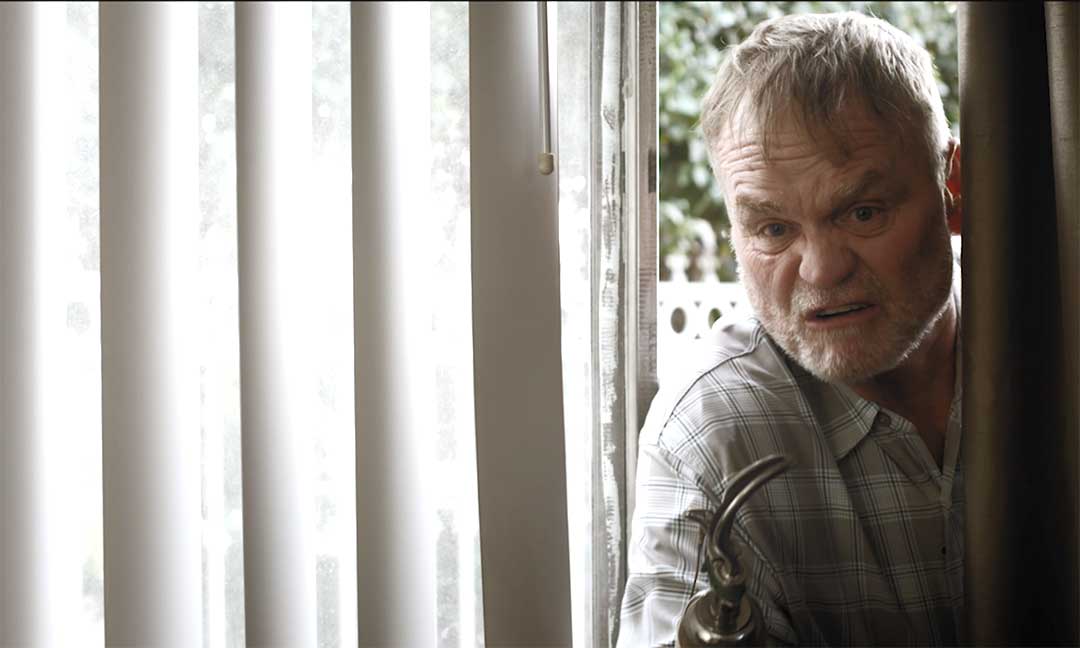 What do pumping gas and painting water towers have in common? Neither are glamorous exertions, and neither rise to the occasion of being called an aspiration. Both are a means to an end- a task to be accomplished so that something else, maybe something great, can happen. In the world of John Lawson, both of these things have taken on new meaning. John is an award-winning actor, singer, pilot, and a scuba diving instructor. And he has become one of the leading advocates of people with disabilities in the entertainment industry. As a performer with disabilities, John is active with the Screen Actors Guild (SAG-AFTRA) and frequently gives talks to studio execs and others on the importance of casting authentically.

Recently, ABILITY caught up with John to talk about his involvement with the movie Daruma. He discussed his role in this film as well as being cast in “a role I never auditioned for, but it’s one that’s been filled with perils and rewards of living with a disability and trying to be an advocate in a field—in the entertainment industry that’s very slow to change.”

Chet Cooper: How did you get involved the film Daruma?

John Lawson: Well, the producers had a nationwide casting call for a double amputee. I’ve been to a lot of castings in LA and I know a lot of people, but I seem to be the only true double amputee in Hollywood. There’s a lot of guys missing one arm, left or right, but nobody missing both arms.

Anyway, I taped an audition. So, I went to my good friend Toby’s house, because we read for each other when we’re doing auditions, and we live a couple of miles apart. I said, “Man, you should really audition for this. Let’s just turn the camera around.” He goes, “No, man, they’re looking for a paraplegic.” I said, “Well, you can do it. Come on, it won’t hurt. You’ll read the lines opposite what I just read.” So he hadn’t even submitted or anything like that, so we submitted him as well, and we both got call-backs to come in, and they ended up casting both of us. It was strictly off of a nation-wide casting, with the producers looking specifically to cast the roles as written, with two disabled actors playing the disabled leads.

John: And that’s what I’ve been advocating for for nearly 25 years. It’s not only about casting actors with disabilities in disability roles, but it’s casting actors, casting characters who just might happen to have a disability. Why can’t the computer nerd be in a wheelchair? Why can’t the attorney be missing an arm? Because with 25% of the population, approximately, having some form of disability, that means that there’s a lot of those people who are in those roles.

I fly airplanes. I’m a private pilot. And I’m a scuba diving instructor with PADI, the Professional Association of Diving Instructors, who just happens to be missing hands.

That’s one of the things I say. One of my quotes. I speak on a lot of panels and film festivals, I speak to all the studios, Paramount, Sony, Warner Brothers, NBC Universal. In fact, I’m going there next week to speak to their writers. They have an internship for writers, and they asked me to come in and speak to the writers about disability. One of the things I tell them is that in real life, I’m a dad, a granddad, a private pilot, and a scuba diving instructor who just happens to be missing hands. But in the make-believe world of Hollywood, I am an amputee who just happens to be an actor. When there is an amputee role, when there is a role for a disability, I get called in or I get to audition. But when it’s just “old guy,” it’s very seldom that I’m called in just to be the dad or the granddad, and I certainly wouldn’t be called in to audition to be a pilot or a scuba diving instructor with no hands. Yet that’s my real life.

Chet: And I’ve known you for a while, and I always think of you as “old guy.” (laughs)

John: Whatever the character is, I can’t play a 20-year-old African American waitress.

Chet: At least not very well.

Chet: Tell me about your flying and your scuba diving. Are you still active in both of those areas?

John: Oh, yeah. Not as much flying any more. I sold my airplane back in 2001 when my wife died, and I kept my license current for quite a while renting airplanes. But it just got so expensive. I had four kids and by the time I kept a roof over their heads and fed them, I couldn’t afford an airplane, too, so I had to sell it. But I still enjoy flying. One of these days I hope to get a powered parachute or something that takes off at 25 miles an hour, flies at 25 miles an hour, and lands at 25 miles an hour.

Chet: Oh, one of those powered kites?

John: Yeah, it’s just a little kite. You either wear a motor on your backpack or some of them have a tricycle with a little motor on them and a fan. And then the parachute, or they have paragliders, like a motorized hang-glider. They’re ultralights. They just—[makes a buzzing noise]. It’s like a bunch of damn bees in a mason jar.

Chet: (laughs) That’s what it sounds like! Now that you’re saying it out loud, I had forgotten that we did an article years ago on a guy who’s quadriplegic and they rigged up a system for him down in Brazil, and there were images of him in the article soaring in the sky. They were above him when they were taking the photographs.

Chet: He was having a great time up there. What about the scuba diving?

John: I still scuba dive. In fact, I’m planning a trip to go probably during the holidays out to some place warm and go diving for a little while. Now that I have kids and grandkids, it seems like I’m traveling back to the East Coast to visit my grandkids more, and I’ll do that as well. I’m planning to go scuba diving this winter somewhere in the South Pacific and take a few days off. A few years ago my daughter got married, and she and her husband, she wanted to go on a scuba diving honeymoon, and her husband was not certified, so they got certified and she called me about a week before they were supposed to leave and said, “I’m kind of scared. He’s not taking this real seriously. Will you go with us?” I said, “You want me to go with you on your honeymoon?”