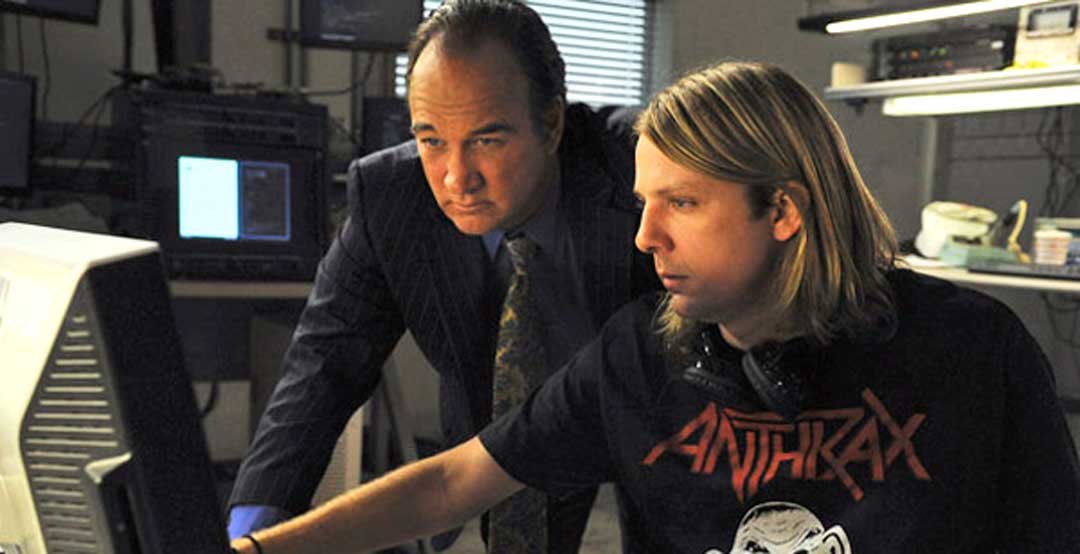 In 2010, ABILITY Magazine interviewed Tobias Forrest. The article started: “I was twenty-two, and I was diving off of a waterfall in the Grand Canyon,” Forrest said. “The water was too shallow where I had jumped, I shattered my fifth vertebrae—and I realized I was going under. I thanked God for my life, and then I died.

“I just got extremely lucky in all respects. A lot of strangers came together and got involved in saving my life that day. I wasn’t quite ready to give up.”

Forrest shares a house with friends, seeks out work as a Hollywood actor—his credits include Weeds and Six Feet Under—paints, writes poetry, hosts an online radio show, and navigates the usual uncertainties of a creative life with infectious optimism and a natural, breezy charm. He’s also the vocalist in the band, Cityzen.

Over the year.s we think of Toby as part of the ABILITY Family. In this interview we chatted on the phone.

Cooper: (laughs) Let me see if he’s around.

Forrest: Is this Chet Copper?

Cooper: (laughs) There are so many times that I’ve heard that or people asking for Chad or “Can I talk to that idiot?”

Forrest: (laughs) The thing about “Chet” is, you wonder what it’s short for. Chedda? Chester?

Forrest: That’s one for the movies right there. Did you guys finally figure it out?

Cooper: Yeah. I figured it out. I’m Copper.

Forrest: And I’m sure he was gracious at that point. Or he was completely fed up and he was just like, “Whatever. Chet. I’m gone.” Anyway, thanks for jumping onboard the Daruma train and helping us get a little steam.

Cooper: Tell me, Mr. Toby, how did you get involved in this indie film?

Forrest: Well, have you talked to John Lawson yet?

Cooper: Yes, but his interview will be in the next issue.

Forrest: Nice. John is a good friend of mine. We’re almost neighbors in real life. We help each other with auditions. He had an audition, so he came over. I helped him film his audition and he said, “You know, you should do this other part.” I said, “No, it’s your audition.” He said, “But the other part is for someone who’s a paraplegic.” And I said, “But I’m a quadriplegic.” And he said, “You should audition anyway.” He had to talk me into it. I was doing a play at the time, so I was like, “No way! I’m doing five shows a week, getting naked onstage, taking showers.” I auditioned. Then we both got callbacks and we both got the thing. We filmed it at my house, so it was almost a little bit of life imitating art in that sense. Although we get along a little better than the two guys. (laughs)

Cooper: Tell me about the play.

Forrest: The play was called Cost of Living. I was doing five shows a week. I was taking showers on stage; and an actress, who plays my caregiver onstage, had to transfer me, dress me and do all this stuff. I was busy doing those shows, and then this came along. “All right, this must be a test as an actor.” I’ve never done a trailer in two-and-a-half days and also had a film doing this trailer in the morning. And then do the play in the evening. I thought, “All this will be a challenge as an actor, which I may not have again. So, let me do it for that reason.” And I liked the story, the relationship between the characters. It was an opportunity to work with John Lawson. Once I met Kelli McNeil, who wrote the screenplay and Alex Yellen, the director, I was thinking, “You guys are adorable. I can totally see this happening.” And seeing how Alex works and his talent with making things happen and the quality of it.

Cooper: Shelly, who’s on our team interviewed Alex and Keli. She did talk about her brother being part of the story and the fact that while writing the screenplay, she had some idea of what was going on as she wrote it.

Forrest: The disability wasn’t hers directly, but she was affected by it directly. So, she has an experience that a lot of other writers would never have had. She’s the authentic voice that a lot of other writers would not have had without that experience. So that being the seed for her creation is more important than anything. That’s how I felt about it. I was like, this is not a story about your family, about your family member, not even about you. This is a story about an aspect of life that happens to be a detail of a story that you could add real richness to. Those two guys might not be disabled, and it would still be a good story.

And that’s the point. The story should be good enough without disability. And when you add disability, all it does is lend authenticity.

Cooper: I’m going to quote you on that.

Cooper: If I understand correctly, you were just in a fashion show?

Forrest: I just did a bunch of stuff. Fashion show?

Cooper: But I’ve seen the way you dress. It doesn’t make any sense.

Forrest: (laughs) I know. I’ve been wearing a lot of three-piece suits lately.

Cooper: The last time I saw you, was that when we were playing around with the sitcom?

Forrest: Yeah. I guess since then I’ve done the play. It was a beautiful Pulitzer Prize-winning play. Then I had a small part on a TV show where I played a lawyer, so I had to be dressed up for that too. I played a lawyer on a show called Good Trouble. Then I have been doing a lot of audio description for people who are blind through Audio Eyes.

Forrest: The voice that describes what happens in between the dialogue. That’s really cool.

Cooper: How did you get that gig?

Forrest: The owner is a friend of mine. They brought me in once as a test run, and it was pretty fast and pretty good. And they gave me a bunch of episodes to do. I did them all and then I went away to do a play and some other stuff. When I come back to town, they’ll give me some stuff— a show or a movie—when they get overflow. I go into their studio with their engineer and jump in there and audio-describe for people who are visually-impaired. It’s amazing. It’s cool for me to go. I have a spinal cord injury, but I have a lot of friends who are visually impaired. I have every kind of disabled friend you can imagine. It’s cool to be able to say, “I get to be a part of that community to some degree.”

« Netflix’s ‘The Healing Powers of Dude’