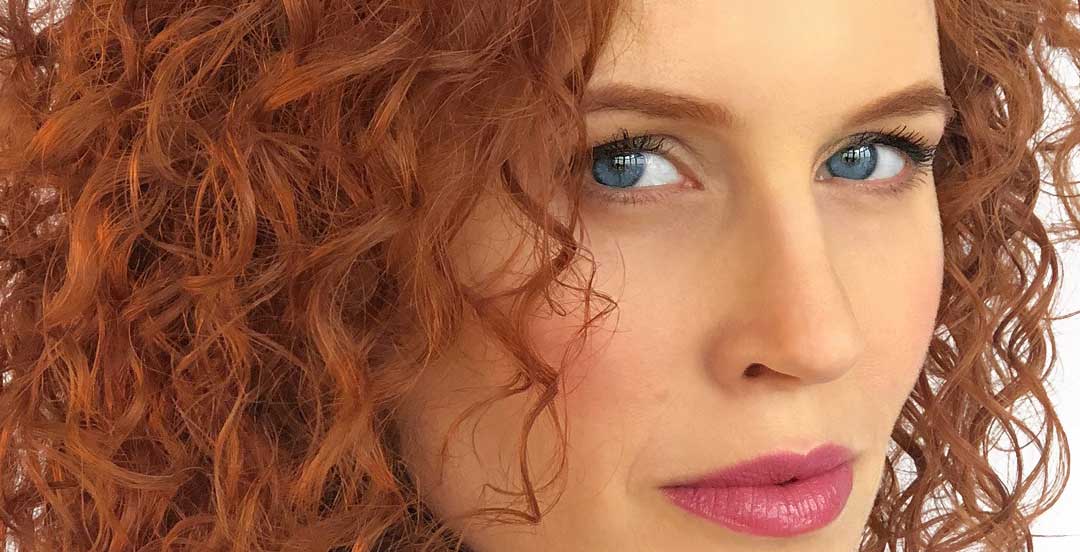 Marilee Talkington is one of just a very few legally blind actors in the country to earn an M.F.A. in acting. She earned her M.F.A at the prestigious American Conservatory Theater (A.C.T.). She has worked professionally in the theater for over 2 decades. Her break out TV role was Annie Barth, a blind woman, on NCIS. You can now find Marilee on Apple TV+’s futuristic post-apocalyptic drama, See, where she stars alongside Jason Momoa from Game of Thrones. In addition to acting, Marilee is also a writer, director, teacher and designer. She is also known for her protest art and installation art. Marilee has become a strong voice for actors who are blind and low vision. She is one powerhouse of a busy talented woman.

ABILITY Magazine attended the 2019 Media Access Awards in Beverly Hills. The annual MAA in partnership with Easterseals honors the TV, film, and new media professionals who have helped to create and promote opportunities for those with disabilities in the industry. The awards include writing, producing, casting, performance and directing. The night was full of Hollywood glamour including red carpet, evening gowns, celebrities and fancy hors d’oeuvres. At the end of the evening Melinda Chilton and Shelly Rohe sat down to chat with actress, Marilee Talkington. Meeting her was both empowering and enlightening.

Marilee Talkington: I do live in New York right now.

Chilton: So you’ve come to where it’s a little bit warmer?

Talkington: Oh, my gosh! Yes! It actually started to dust. It was snow-dusting right when we left. It was cold. And it’s so great because we’ve got a fireplace on our television. We put on the YouTube Yule log, and it’s so perfect. (laughter) It’s crackling and you can check the one that’s 15 hours long and you can leave the house and leave the fire going until you come back.

Shelly Rohe: How long have you lived in New York?

Talkington: This time, three and a half years. I was there right after grad school. I got my MFA in acting from ACT, I graduated in 2004. I believe, I’m still one of only two legally blind actors in the country with an MFA in acting. I was really proud about that in 2004, but it’s 2019 and that should have changed.

Chilton: How would you have liked to see it change?

Chilton: And why do you think there isn’t?

Talkington: Oh, fear, deep fear, and the stigma, especially blind and low-vision actors in particular. We’re the least represented of the disabilities. And even when you have a group of actors with disabilities in a room who are doing training, often the blind and low-vision actors are still excluded even from those exercises because everything is steeped with visual bias. I think that the reason I got in and this other woman got in is, we can pass. I can pass as sighted. You wouldn’t know. If I didn’t have this (her cane), you wouldn’t know.

I was born with rod cone dystrophy, so I was born totally blind centrally. I have no central vision. I only have peripheral vision, and I’ve been losing that over time. I’m light-blind, so if there’s too much light I’m total. Folks with my vision will usually talk to you like this. But, what I’m doing is looking to the left of you, just so I can catch you in my peripheral vision. But I’m looking at you. So this is what confuses people. I make eye contact, to the best of my ability. But, that’s because my mom is blind and I have the same thing that she has. I have a very vivid memory of fifth grade. What is that, like, 10 years old?

As a child, I wanted to fit in, so I taught myself to orient, just keep oriented to people’s eyes. It’s part of my—well, I have a hard time not doing it now, except when I’m with my husband. It makes me a little emotional to say that. He’s the only person I don’t do it with. I think there’s something, a part in my head, that literally all veils disappear when I’m with my husband. And it’s not even like—I’ve tried. All of a sudden, literally one day I realized that I was talking to him like this. Do you know what I mean? I caught myself and all of a sudden I got really self-conscious and I said, “Baby, does it bother you that I’m not looking at you?” And this was his response. He was shocked. He said, “You mean does it bother me that I just got Mona Lisa with the Hope diamond around it?”

Chilton: Oh, I love that! Your husband is making me cry, and I haven’t even met him. How beautiful. How did you meet this gem of a husband?

Talkington: In the back seat of Frank’s car. [all: Oooooh!] Frank was my husband’s best friend, and Frank was dating—they’ve broken up since—one of my very good friends, Cita. A family member of mine had died and I was very depressed. Cita walked into the house, and I was like, “Fine! I’m getting out of the house.” She said, “Frank’s buddy Andrew is going. We’re all going to go see a solo show.” So, I literally walk out of the gates of the house, I open the car door, I slide in, and I say, “Hi, I’m Marilee.” He’s like, “Hi, I’m Andrew.” And then literally in a matter of less than a minute we started talking about physics and God. I don’t know how it started. And we’ve been talking about that for 10 years.

Talkington: His passion is—theoretical physics, and I’m more of the spiritual side.

Chilton: Oh, interesting! I always find Albert Einstein talks a lot about science and how it supports spirituality. I find it fascinating.

Talkington: Yes. I do too. It is fascinating.

Chilton: But back to you. You are beautiful. You are absolutely gorgeous. You look so 1940s.

Chilton: And you do fashion. Did you do this lovely outfit of yours?

Talkington: I do fashion now. Yeah, I put this whole thing together.

Talkington: Thank you. I made it.

Talkington: Thank you. I don’t have to use a cane. I can. Sometimes I need it, sometimes I don’t. But—and this is where I start to get emotional—I have no role models. I’ve never seen anybody like me, ever, on-screen or in print or anybody who is in my business. The agreement that I made with myself is that if I get into a position where I get to have any sort of level of visibility that I need to represent, then I want to represent in a way that is in full power, full ownership of my value, my worth and my beauty, and to marry both disability and not just fashion, but ferocity.Rohe: I like that!

Talkington: I really want to put out images that break the stereotype of ‘blind people aren’t sexy’or ‘they’re not attractive’. Because that language is so strong. They say, “Those people are ugly.” And they’re not. And we see it on-screen, too.

Talkington: Exactly, or don’t. We see the asexual or we just don’t see it at all.

Rohe: Speaking about on-screen, what is this we heard about your new class?

Talkington: Oh, this training program. It’s a five-week, full-time, six-day-a-week professional actor training program for blind and low-vision actors. I’ve been thinking about it for a very, very, very long time, pretty much since I started acting. What’s different about this is, it’s not just like, “Oh, come act. If you’re blind or low-vision, we’ll have some acting classes.” I basically have created a new pedagogy, a new thought around the training, which is, when you enter the class—